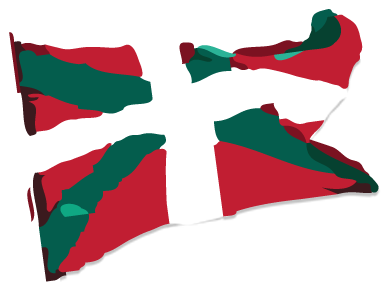 A renowned resort on the Basque coast, Saint-Jean-de-Luz is also renowned for its history and its architectural heritage.

Indeed, the Church of St John the Baptist was where the marriage of Louis XIV with the Infanta Maria Theresa of Spain was celebrated on 9 June, 1660. A Historical Monument, the building boasts an exceptional décor and contains a monumental baroque altarpiece carved in gilt wood and three floors of oak galleries...

Then it's time to explore the shopping streets of the old corsair town, before admiring the iconic façades of Saint-Jean-de-Luz as well as those of the houses of the Infanta and Louis XIV. Open to visitors, the Italian-style house of the Infanta Joanoenia, which was the residence of the Infanta of Spain in June 1660 at the time of her wedding to Louis XIV, contains the so-called Infanta's Chamber and a beautifully decorated 17th-century lounge. Built in 1643 by a wealthy local ship-owner, Louis XIV's house, Lohobiague-Enea, where the young monarch stayed at the time of his wedding, invites you to discover the history of Saint-Jean-de-Luz as you explore its richly furnished rooms.

After sightseeing, enjoy a moment to enjoy the famous macaroons in the town or take a break at a café terrace on the lovely Place Louis XIV, before continuing your journey towards the picturesque fishing port, then go for a stroll on the Promenade Jacques Thibaud, along the beach and past the elegant beachfront villas. The vast sandy beach of Saint-Jean-de-Luz will undoubtedly delight relaxation fans and water sports enthusiasts!